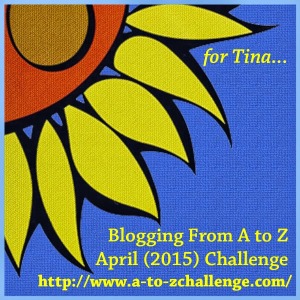 X…joined in the middle, holding itself up with feet braced. Not a lot of words start with X and most of them do not have an English origin. We have Xerxes, King of Kings, who both won and lost at Thermopylae. Xenophon, the father of horsemanship. There’s even a dog breed starting with X: Xoloitzcuintle, Xolo for short…one of those hairless breeds, I’m told quite fun to live with.

There are at least 2000 writers involved in this Challenge. I see some of them are using creative solutions to a difficult letter (well, we are writers after all) And some of them, I’ve discovered, had their posts all written in advance, scheduled to post on the correct day. That’s a level of organization I can only admire, doubt I could emulate it. I’ve been blogging as the day approaches, and thinking on what I’ll write often the day before. Which led to trawling though words starting with X. And also led to the obvious…for me…subject.

Let’s take a trip in the wayback machine (who remembers that?) to the day I discovered  ANDRE NORTON and Girl Power. Not that all her books featured girls, nor did she make a point of writing about dominant female characters. But when she did, it was with the obvious lesson: girls can do whatever needs to be done. And they can succeed.

Quite a heady lesson for a shy, plump teenager. Especially in the sixties, in a school loaded with sleek, good looking young women. Oh the stories…well, I won’t bore you. I will, however, close that link or I’ll never get this blog finished…WOW

How in the world is this leading to the letter X. Well, some of Ms Norton’s books were Fantasy and some were Science Fiction. And some of the Science Fiction had to do with exploring strange new worlds (sound familiar? Is my geek showing?) To explore those worlds, and meet those new people, you need the knowledge gained from studying life forms other than your own. You need XENOBIOLOGY. And wouldn’t it be SO COOL to study aliens? I mean without the dissection and stuff. Did you ever think about those aliens that (supposedly) visited Earth? How many of them were goofy geeks who could not WAIT to get their hands on a ‘good specimen’ Earthling?

The beauty of Norton’s writing was that she gave us the minimum information necessary to describe her characters (human or alien) her settings, her technology (future or magic) and let us fill in the blanks. It seems she knew to the point how much info we would need. And, yes, it was magic.

Who are your magic writers?