Monday Author Musings: Selling Ourselves, Or At Least Our Books

I’ve been told there was once a time when all writers had to do was write, and everything else was taken care of for them.  Well, once they were published anyway.  I have my doubts about that particular story but maybe it’s true, at least for some authors.  Those authors whose books fell into the dreaded mid list slot might have felt not much was done for them and it’s very likely not much was done for them and they sank slowly into obscurity in spite of prolific writing and excellent stories. 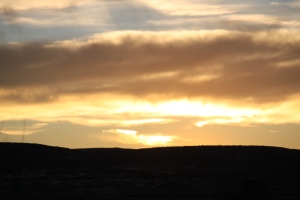 Thus the history of writing.  Come to current events, where the publishing world has been set on its ear by authors who tired of banging their heads against the door of acceptance and chose to self publish; and the proliferation of small presses.  The Digital Age, some have called it.  Where for only a small fee you too can be a published author.  And you too can suffer the ignominy of being ignored by a large percentage of the reading public.

Sounds cynical?  Or maybe a bit depressing?  Let’s go for reality.  Even in the days of big publishing houses, promotional budgets were rarely spent on mid list authors.  They were expected to sink or swim on their own, and the one advantage was automatic shelving in book stores where the hope was a few new readers would find them and word of mouth would get the book out.  Used book stores were often the first place an author was discovered.  Once that discovery happened enough times said author might come at least to the top of the mid list.  And maybe one of their books would be the “break out” every author dreams of writing.  So they kept writing.

And we keep writing today.  The advantage, if one can call it that, is those published with smaller presses, or those who self publish, have no expectations of publishing house support.  The ball is firmly placed in their own court to give wings to their books, or to let them fall to the earth.  And honestly there’s not a lot of difference for those published by major companies, unless again you are one of the lucky few.

What do we do to drag ourselves up from obscurity?  Self Promotion.  Done correctly, it can bring your book to the notice of a cast of thousands.  Done incorrectly it can alienate you from readers and friends.  As one promo novice to another, it can be pretty darned scary.   Not to mention overwhelming.

So I’ve decided to approach it the way I approached training horses, and break it down into small components.  Which I’ll share each Monday, in bite sized pieces, because I’ve found sharing knowledge the best way to learn for myself. And I’m hoping you’ll come along for the ride, and share what’s confusing for you.

4 responses to “Monday Author Musings: Selling Ourselves, Or At Least Our Books”