Hacking Away at my Life…and Mole #MFRWAuthor

Apparently those things…either items or processes…that make our lives easier are known as ‘hacks’ which of course confuses me since for so long a ‘hack’ was someone who offered substandard quality. Now it’s something that makes our lives work better. Language is ever fluid. 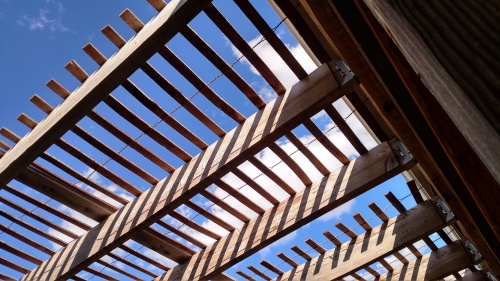 The Fitbit, of course! Ever since I started wearing one, it has kept me accountable for my own health. Not a bad thing at all. Too bad there’s not the same sort of reminder about sitting down to write as there is to get up and move around.

A friend who cares (actually the same one who pushed me into Fitbitting) told me about an ‘organizing our lives’ system which encourages us to be mindful of what we have. Hold it in our hands and decide if it’s something we need to keep or dispose of. Naturally I can’t remember the system she recommended, but I find when I make that extra effort to sort, to throw away, to put away, I feel…better. And any time something leaves my house for anywhere else, whether it’s to a thrift store or recycling, or into the trash, I feel more in control. If only just a little.

What else has been doing well for me? So many things, most from the advice of friends. Such as…the InstaPot. Yeah I’ve become a Pot-fanatic. Especially when it comes to Mole (now how the HECK do I add that accent so I’m not cooking up rodents??) Trust me I make it with chicken!

Everything you’ve heard about InstaPot…pretty much truth. It doesn’t leap tall buildings

In the pot, ready for the lid to clamp down and cook into yumminess

but it DOES cook great meals. Fast. Faster for sure than the crock pot and even tastier. Seriously.

You’re going to ask for a recipe, right? I’ve actually shared before, HERE

Let’s see what this recipe looks like. Mmmm. Mmm-Hmmm yeah that’s how I did it. Since I had invited a plethora of people to come visit the puppies (and my garden progress) I used five pounds of chicken breasts and pretty much tripled everything. Recipes such as this are fluid to me, I mostly concern myself with proportions. This time I found some fresh Cilantro at the grocery. Seems it did make a difference.

Tossed it all in the Insta Pot for one hour, since 45 minutes, had been more than enough for a smaller batch I’d made a couple weeks ago.

When it had finished the cool down, I opened up the pot and…not quite there. So I set it up again, for another half hour.

YES that worked. And since the group was smaller I was able to share take homes plus save some for me to enjoy for a while. Mole and eggs for breakfast anyone?

5 responses to “Hacking Away at my Life…and Mole #MFRWAuthor”