This is fun. Chris is going to share some writing advice for those of us who are coming down to the NaNo wire. How’s everyone doing, by the way? Eyes glazed over yet? Wrists sore and fingers numb? Whether you make that nebulous 50,000 words are not, if you’ve framed out a new story and given it a few walls, you’re a winner.

Take it away, Chris 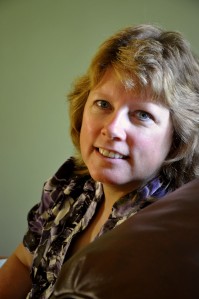 Today I am going to talk a little bit about setting in a story.

In Fiction for Dummies, Randy Ingermanson and Peter Economy write “You are the god of the story world you create, and  you have complete control over everything that happens there. But this doesn’t mean that just anything can happen in your story world. Your story world needs to have an inner logic that drives it.”

The world you create must have scientific laws. (physics, chemistry). There must be conflict. There should be a good and evil.

Let’s examine the parts of our story world.

There is the physical world. This world could be all water (Waterworld) or be a city as in most urban fantasy. The world will have geography and weather patterns. In Incendiary I have a hurricane hitting New Jersey. I once had someone call me out on it, but if you see how I use it, it isn’t like a hurricane in Florida. It jives with what they are when they reach us up in NJ.

In your story world, there will be at least one cultural group. Maybe more depending on your genre and what the conflict of the story will be.

Lastly, your story world needs a backdrop for the conflict. Is there a war going on? Think of the political climate or the religious climate. In Arthur Miller’s The Crucible the Salem Witch Trials are a key component.

As a writer you want your story world to come alive in the reader’s mind.  You want to create a sense of place. Don’t waste a single word. Active descriptions not static. I’ve said it before.

When describing anything that description should do double duty. It should keep the story moving and, more importantly, evoke an emotion in the reader. I forget this on the first draft.

Weaving the descriptions into the rest of the story, making it seamless is most effective. Don’t stop the flow of the story. Don’t stop the action to describe what’s around. Think about two people fleeing from bad guys chasing them. They aren’t going to stop and notice the beautiful hydrangeas at one end of the parking lot. On the other hand, if those hydrangeas make the heroine sneeze therefore giving away the characters’ positions, then those flowers are significant.

If it isn’t pertinent to the story, don’t describe it. If it doesn’t’ move the story ahead, then the reader doesn’t need to know. Is it important that her eyes are the blue of the sky after a rainstorm when someone is trying to kill her? Not unless the killer is targeting her because of those blue eyes.

To recap, your story world need to have physical rules to follow. You need to incorporate at least one cultural group and the setting is the backdrop for the conflict.

Thanks for stopping by today. For one lucky winner I have a pot full of chocolate. Leave a comment to be entered into the drawing.

Chris Redding lives in New Jersey with her husband, two sons, one dog and three rabbits.  She graduated from Penn State with a degree in journalism. When she isn’t writing, she works for her local hospital Her books are filled with romance, suspense and thrills. The above blog is an excerpt from a workshop

Along Came Pauly, A contemporary romance about a dog that brings two people together who don’t

want to be. She’s a vegetarian veterinarian who needs cash for a no-kill shelter. He’s the heir to a hot dog fortune who must give away money before he gains his inheritance. Sounds like a perfect match. It isn’t.

3 responses to “Friday With Friends–Chris Redding”