Life: the Good, the Bad, the Wonderful

Three weeks ago today, hospice care delivered a hospital bed to our living room, and life as we knew changed dramatically. The acute care hospital doctors had advised there just wasn’t anything else to do with Tom but “make him comfortable,” since he just didn’t have that much longer. He couldn’t swallow safely, they said. He couldn’t digest food, they said, so he couldn’t take in enough nourishment to heal beyond what he’d already accomplished. Even if he could digest, his appetite was non existent. Besides, they said, survival for a Whipple procedure is abysmally low.
So he came home, where he could look out at the high plains and eat “whatever he wanted” for as long as he had left. He immediately started to eat very small amounts of egg custard, fruit, and non gluten foods, and I accepted whatever time was blessed to us. Except the anticipated two weeks went by quickly, and he was eating more of those small meals. A few blackberries or strawberries. Half of a non gluten toaster waffle. We found out he couldn’t deal with dry food (such as a biscuit) and his digestion wasn’t processing much meat.
Because his digestion was processing. The canned liquid poured into his feeding tube had gone straight through him, do not pass go, do not collect those $200.00. My suspicions of an allergy were dismissed, since this was the most digestible food available.
Yeah, right.
This morning when I asked if he wanted blueberry pancakes (thanks Bisquick for the non gluten baking mix,) he didn’t just say “Yeah, okay.” Instead, after far too long with no appetite, he started to fantasize about pancakes with lots of butter and syrup. Which he got, though the syrup is an agave/maple blend. And he ate most of a small pancake with gusto.
The processing continues now at a regular rate. I know it seems odd to be excited by the end result of digestion, maybe you have to be a nurse or a dog breeder to get really excited about quantity, consistency and color. But anyone who has not processed a meal correctly knows the colon rules.
Today I’m putting a pen in his hand and giving him a pad of newsprint so he can start drawing exercises. If he’s going to heal, he’s going to draw again. In the meantime, in between meals and clean ups and shifting dogs around, it’s NaNo–National Novel Writing, where writers around the world put rear in chair and fingers on the keys to pound out at least 50,000 words of an original novel. I’m working on a book related to the one I just signed a contract for. 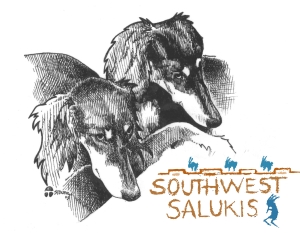 Yep, in the midst of chaos, I managed to polish up a second manuscript, and Black Opal wants to publish it.
If you don’t hear much from me for the rest of November, I’m working on my book, or cooking something else that makes Tom happy. Or maybe putting in a few hours with my wonderfully patient employer. Life isn’t perfect, but it is wonderful.

10 responses to “Life: the Good, the Bad, the Wonderful”