The (not so) Glamorous World of Purebred Dogs #MFRWAuthor

Most of those who read my blog know I’m involved in dogs. I’m here to confess that 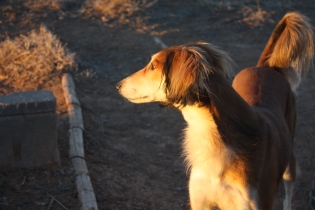 involvement is in a big way. A HUGE way. My first Saluki came to live with me in 1972, and most of the hounds decorating my house are in direct descent of that dog.

Yes, I am a dog breeder. I realize that’s an epithet to many people. I’ve been vilified by other writers for being such a greedy individual as to produce puppies for profit.

Excuse me, that guffaw was out of control. Yes, there is money in purebred dogs…not quite sure where it is but I know I’ve poured an obscene amount of my own money into my dogs over the past forty plus years. Don’t tell my brothers, they already think I’m one step from certifiable. Being responsible to my dogs, throughout their lives, means sometimes eating boxed mac’n’cheese while they eat premium food. During the really rough times we all ate eggs and  oatmeal. Fortunately those times are behind me but the memories are there. 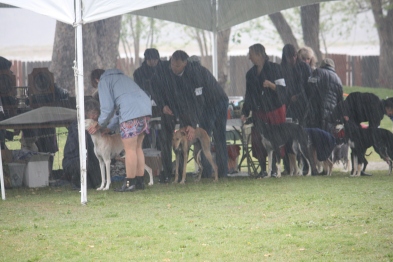 Glamorous? Not so much

Purebred dogs might have you thinking of those televised shows with everyone in fancy dress, racing around on carpet while lights glint off their diamonds. The reality is more like serviceable shoes and clothes from a thrift store, the venue more likely a convention center or packed dirt arena, or a park pressed into service for the weekend. If a carpeted show is Broadway, most of us are in local theater productions. Which brings the same (or nearly the same) thrill.

I was thinking about the implied glamor recently. I’d planned to breed Boo to Navad. Both have passed health tests, both exhibit intelligence and personality, both typify, in my mind, their breed. Notice I didn’t say much about both being obedient. I know my dogs too well.

Given these decades of experience I should not have expected Boo to wait around for me to drop a leash on her when we were ready for the breeding. Instead she 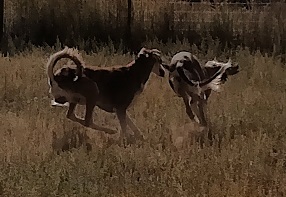 dashed off into the dark and through the gate to the two acre field that I generally close at night. Due to the magnitude of the storm that had blown through I didn’t get that done before dark descended.

So. I’m slogging through the ankle high mud, waving around the flashlight that’s in dire need of new batteries, peering into the intense dark. Occasional flashes of lightning in the distance, then not so distant mountains. Other than that, no sound. Anywhere. Being a female of a certain age, I’m reminded I should visited the bathroom before setting out on this adventure.

Finally, a faint sound. I flash the light in that direction, and this time see a reflecting gleam. Naturally Boo will still not come but Navad is more than willing to transfer his attention to me. When she sees her play toy being led from the field, Boo follows right behind, far more graceful than I could ever manage.

Fortunately no one was around to fall down laughing as we squelched our way back to the house, me placing my feet ever so carefully to avoid the slick mud, Navad wanting to rub against me. No one’s posterior made it to the ground but it was a close thing.

Glamorous? Not hardly. But hopeful, so hopeful, that Boo now gestates another generation to please the people who have been wanting her puppies for way too long.

In the meantime I’m endeavoring to finish up the next Stormhaven installment while so many other stories clamor in my head. Patience, guys, you can all come out to play. 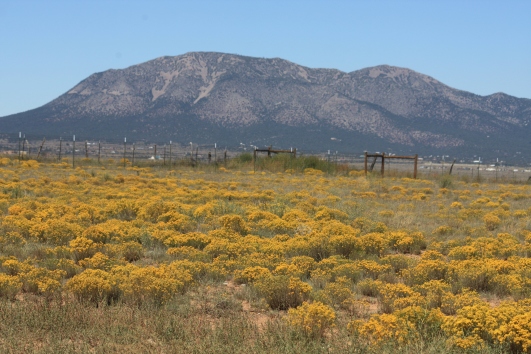 Just because I love where I live