Peeking At My Killer My Love 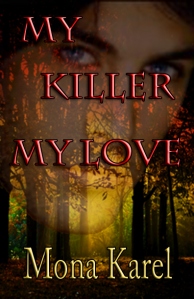 My Killer My Love, a story of ultimate sacrifice

For other great excerpts, check out Sneak Peek Sunday

Again that smile decorated his face, this time tinged with an exasperation she could see without her glasses. He shook his head, and the auburn curls fell around his shoulders with more grace than her own silvery-blond hair ever managed.

“It means much more than that, but you do not seem prepared to listen at this time.”

He fell silent, standing very still by the fireplace. It was as though he sought to become one with the ancient stone and wood. Telling herself she was definitely hallucinating, she faded into sleep.

Once the woman slept, he moved more freely. With the stealthy tread of a stalking wolf, he searched the darkening rooms, letting his senses hunt for a specific location. He settled in a corner window seat, bathed by the moonlight inching its way toward her bed. Many puzzles existed here, and he knew he was not yet prepared to face them. He breathed deeply, then more slowly, his body becoming motionless. The atmosphere around him thickened, a silent wind lifting his hair away from his face then dying abruptly. After a long moment of hushed tension, he emitted a sound of exasperation. The answers had never come to him easily before, why should now be any different?

He studied the woman. Even in her sleep, her thoughts spoke to him in unclear muttering, a not unpleasant sensation. He wondered about the part he had been sent to play and knew the ending would not be as originally planned. He could no longer think of her as he had been instructed.

This small, fearful female had given him something he had forgotten existed. She had given him back his laughter. For that alone he would protect her beyond life.

My Killer My Love is available at Amazon, Black Opal Books, Smashwords

2 responses to “Peeking At My Killer My Love”